Take my hand, Off to Never Never Land” 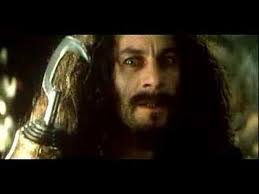 I had an epiphany Saturday night.   I’m still waiting for my editor extraordinaire to go through the Cloud Diver with the fine toothed comb.  (the beatings will begin shortly) so with nothing major to do, I went to a party of a friend of mine.

It was good for a while.  I learned a card game called golf and watched a guy who I will generously describe as a dickhead show up with a pretty girl.   The host and his girl aside, I really felt like I didn’t fit in with this crew and I was trying to figure out why as more and more people arrived.

I got to talk to said pretty girl a little bit about her life and what she did.  It turns out she was my age.  She had lost her dad and was still in great pain about that – she was thinking about finally doing some things she always wanted to do.  I was the same age, and in a lot of ways I have done a lot of the things she has aspired to do already.

The epiphany hit me.  I didn’t belong at this party.  I wasn’t this person.  I just bailed.  I didn’t say goodbye, because then I might have been talked to stay.  I didn’t want to stay.  I wanted to do the things that I feel called to do.

This has been a year where I feel like I’ve been separated from a lot of people I know.  Friends I’ve known for a long time aren’t in my life so often.  It used to bother me a lot earlier this year.  Now I’ve embraced that this is just a natural part of life.

Never never land is a great place.  One of the interesting things about it is that people stop aging.  They stop maturing at some point and stay as old as they are.  The analogy is that some people choose stillness instead of movement.

Life is change.  Upon reflection of Peter Pan, I have to say that my favorite character in the story is Captain Hook.  Don’t get me wrong, I don’t want to be Hook.  Hook lived the kind of life I wouldn’t want to live.  That said, he lived a life.  The hook is a story in itself, but he also captained a ship and sailed the seas.  In never never land, he may be the only character that had dared to live.  He had been through change and it had made him who he chose to be.

I’ve never stopped.  When I came back from Arizona, I realized something and it has stuck with me this whole time.   We don’t have a lot of time.  We really don’t.  Life is a blink of an eye.  We only have so many moments to do things.  We should take advantage of the opportunities.

I hope I never find my way to never, never land.  I hope I keep changing.  I got people to meet, and things to do.  My life is going in the right direction,  It’s time to let that passion be my pixie dust, and use that to fly into new frontiers.

“Don’t be afraid to grow up, Peter. It’s only a trap if you forget how to fly.”
― Jorge Enrique Ponce, Grounded: The Untold Story of Peter Pan & Captain Hook