While I’m trying to do a million and one things, I thought the blog needed some new content, so I turned to my friend Thea Van Diepen to provide me some content.  Thea is currently kickstarting her novel Like Mist Over Eyes which you can click to right here to donate.

I’m proud of her.  I’ve been very fortunate to read past works like The Illuminated Heart and know that Thea is talented.  It takes guts to face ones fears and worst experiences.   This kickstarter has already been a success for her because…well, enough from me.  Take it away Thea, and I will be talking to you guys soon. 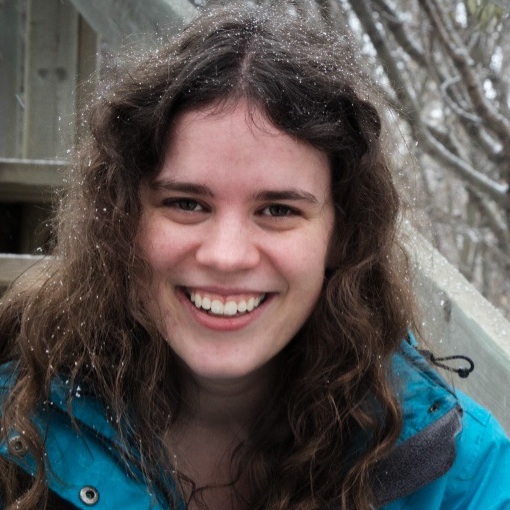 Three years ago, I ran an Indiegogo campaign to fund The Illuminated Heart. The goal was $500 – the lowest they would let me set it at, which I did under protest because what I was really looking for was $400 – and the campaign was set such that I’d get all the money raised by the end of the month, even if I didn’t hit my goal.

There were a lot of reasons for this, some out of my control, a lot in my control. And while I did end up raising $400, it was only after I realized that I really did need the full $500. I felt so ashamed I didn’t want to do another crowdfunding campaign again any time soon.

So when Josh and I were talking business talk last year and he suggested I do a Kickstarter for something, I balked. Hard.

All I could see was that $400 and all I could feel was that sick feeling in my stomach all over again.

In May of this year, neither of those had gone away, but I’d run the numbers and they were telling me that, if I wanted to publish Like Mist Over the Eyes this year, I’d need to run a Kickstarter.

It took me a month to convince myself I would do this. The things outside of my control last time had shifted by now in my favour (audience size and relative knowledge about what crowdfunding is are the two big ones), and the things under my control, well, I’d learned from them. Things would be better this time around.

It’s funny, though, how all those logical things you can tell yourself do nothing for that pit of emotion twisting itself inside your gut.

“Why would anyone want to give money to you?” said that accusing voice that pops up when I’m feeling insecure. “You’re book might be the greatest thing in the world, but this has nothing to do with your book. You know how marketing works. You know that people who might even love your book will take one look at you and go ‘oh, ugh, it’s her’ and take off without another thought. Isn’t that how it went last time? Isn’t that how it always goes?”

What can I say? That voice is an ass.

And a liar, but a very convincing one when you’re already not sure what the truth is. I mean, I don’t know the motivations of the people who saw my Indiegogo campaign and didn’t pledge. But one thing I’ve learned since then is that knowing people’s motivations is irrelevant. I don’t even know my own motivations half the time, so why should I expect to know others? Why should I expect that information to be in any way useful to me?

But that second lesson still hadn’t sunk in completely until today.

By the end of Friday, the Kickstarter campaign for Like Mist Over the Eyes was at $460. More than I had raised in that Indiegogo, but still not the goal I’d set for it.

The thing about going and trying something again is that, even if all the details are different, you relive what happened before. All the emotions, all the thoughts, all the deepest feelings. At that point, I was still reliving the Indiegogo campaign and my shame about it.

It wasn’t the exact same – I have a lot more healthy things to draw on than I did a that point – but the reason I wasn’t drowning in it wasn’t because I was standing tall. It was because I was clinging to a wet rock as the waves pounded against me, all the while hoping and praying I wouldn’t drown. That I would not be doomed to repeat those same limitations over and over. That I wouldn’t be trapped forever in a past that I didn’t want to be my future.

For two days, I tried not to think about that too much.

It takes faith (trust) to believe in something when you don’t see it. I didn’t have a whole lot of faith this past weekend. I wavered like you would not believe – I almost considered cancelling the campaign at one point! So the fact that Monday had to happen before I could really trust that this could work has shown me where it’s time for me to grow. Which makes me even more thankful for it.

I woke up this morning to discover that not only had the Kickstarter for Like Mist Over the Eyes passed $500 in pledges, but it had also shot past $600 in the same night.

Here is where I cried.

Which means I’m going to be okay.

You know that thing you’re afraid of? That thing you want to do more than anything but, every time you try, all you can think of is all the times it went wrong?

Give it a try.

You’re different now, and you never know what’ll happen in the morning.