The new site is definitely growing.  I’ve added a couple of sections to the page.   First off, long overdue, is the Stormdancer section of the website.  I’m really proud of the book, and can say it’s done well with myself.  That said, I haven’t given it the love it deserves at this moment in time.  Click here to read about it.

But that is not all, this is about Just Joshing after all, and I feel that I should do a small grand unveiling before I continue with this week’s episode.

What do you guys think?  I want to take a quick moment to thank Lance Buan for the design.  It works and it fits, and this logo will head down the road to bigger and better things.  What do you guys think?  Oh, and archives of past episodes are on the website already.  Episodes 1 and 2 of Just Joshing are now available on the site as well.  Click here to view the archive.  More will be developed here as time progresses.

Last week I started my conversation with Christine Steendam.  This week, I continue that conversation, but I also have a small interview with Melinda Friesen.

Melinda is an amazing writer who’s first book Enslavement managed to grip me.  I really enjoyed the approach she took in developing her main character, Rielle by keeping her largely silent.  As a sign of rebellion when her life was changed forever, Rielle took a vow to herself that she wouldn’t speak.  This changed the whole structure of the story and how Rielle’s character developed and grew.   It was a fascinating conflict, and one as a writer I really admired.  I cannot recommend Enslavement enough, not just for how Melinda told the story, but because it’s a great book.  I was engaged from start to finish and you would be too.

As for Melinda herself, she is just awesome.  During C4, AP Fuchs and myself were wandering the mean streets of Winnipeg, Manitoba protected by the tiniest person in a wonder woman costume I’ve ever seen.  That said, Melinda has a giant heart of gold and it was a pleasure to make her acquaintance.

JP:  I really admire the fact that you wrote most of the story without giving Rielle dialogue.  It added something to how she experienced things.  What inspired that?

MF:  To be honest, it was a rookie decision. I wrote the trilogy before I decided that  I really liked this writing thing and perhaps I should learn more about it. when I started taking courses and reading books on writing, I discovered the importance of dialogue, especially in novels for teens. Because Rielle’s silence is such an important part of the story, I didn’t want to change it. Instead, I worked hard at writing a book that could still rivet teens even without the dialogue. Did I accomplish my mission? That’s up to the reader to decide.

MF:  In book two, Rielle’s character is far more determined and, instead of being most concerned with her own struggles, becomes others centered. Her greatest concern is for her fellow slaves and the desire to free those like her. The OneEarth bank seeks to increase their power. I delve into bio-ethics. If a corporation can force people to have a chip inserted into their body, what else could they compel people to do? Book two has a lot more action and suspense than book one. It also has a romantic element and a twist at the end. One of my beta readers informed me that she liked book 2 better than book one.

MF:  Thanks, Josh for including me in your podcast. It’s much appreciated. 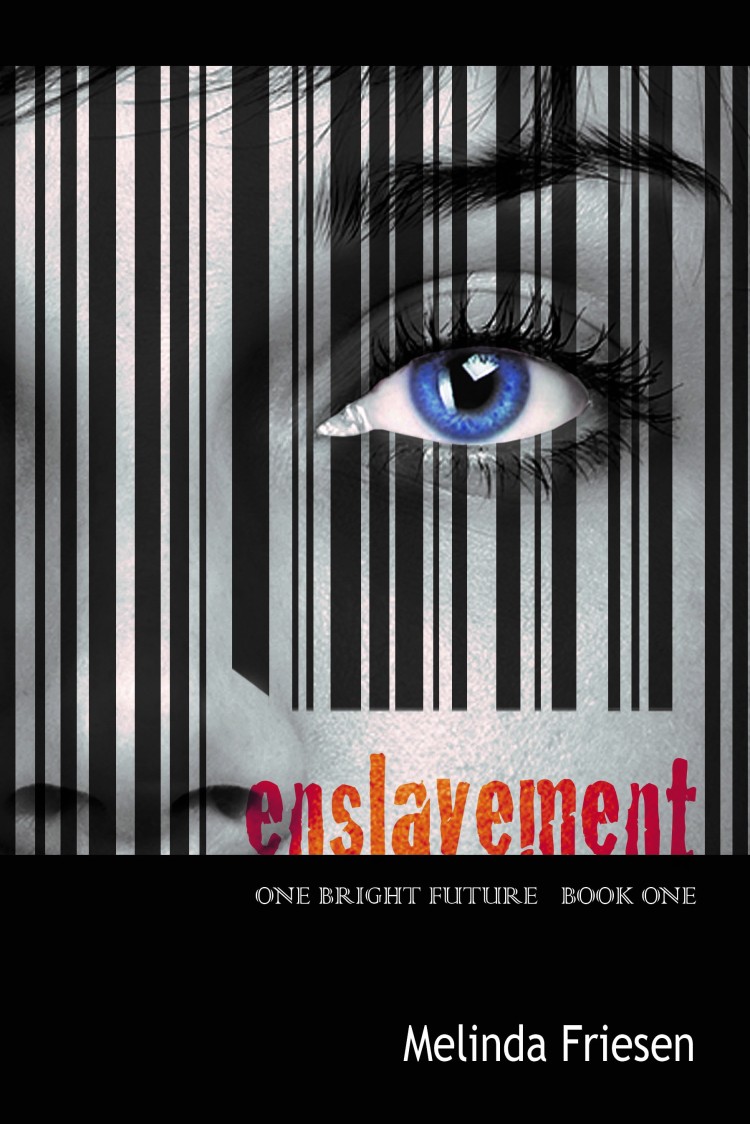 No Melinda, the honour was mine.  Thank you.

If you want to learn more about Melinda and enslavement, I suggest checking out her webpage at http://www.melindafriesen.com .   Her facebook page is https://www.facebook.com/melindafriesen1.   Her twitter and instagram handles are the same.  Find her @melindafriesen and say hello.

To listen to her and the other half of my conversation with Christine, click the link below.  I want to thank Melinda and Christine both for doing this.